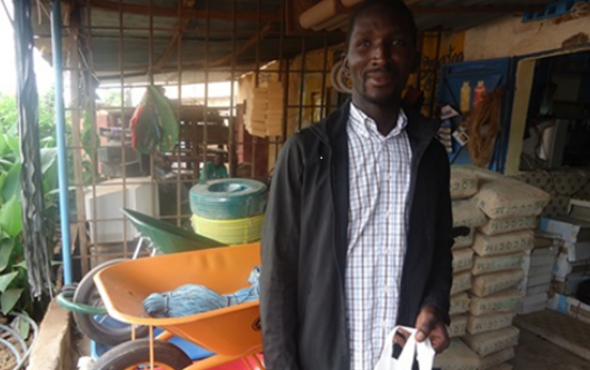 Back to stories
Mali

After staying several years in Belgium, Mamadou decided to return to his country of origin, Mali, when his dad passed away.

Mamdou arrived in 2010 in Belgium and applied for international protection. During his stay here, he followed language courses and a training as a welder. When his dad passed away in Mali, Mamadou chose to return to his country of origin. He took contact with the Fedasil return desk in Brussels. Together with IOM he prepared his departure.

At the end of 2015, Mamadou arrived in Bamako. He wanted to open a chicken farm with the help of the IOM. He figured it was a good choice since he could start it with limited means and would quickly make money. Moreover, his family had experience in the field so that he could also involve relatives in the project.

In addition to his kitchen farm, Mamadou also wanted to put into practice his knowledge as a welder. He invested in material to hire out his services. This made it possible for him to combine both jobs. In this way, he could acquire some experience as a welder in the hope of focusing entirely on that after a while.

Two years after his return, his kitchen farm now provides work to several members of his family. Mamadou is still working as a welder on construction sites. He could not expand his business until now but he is still considering it. Returning to Europe is not part of his plans but later he hopes to send his children to Europe for their studies.