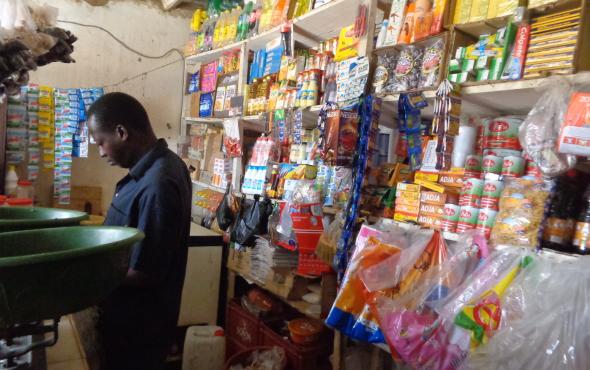 Back to stories
Senegal

Mansour arrived in Belgium in 2010 for personal reasons. He applied for asylum and thus always lived in reception centres, mainly Fedasil's. He received several negative responses to his asylum applications. He then decided in 2014 to return to Dakar, but not in his native region Kaolack. Upon arrival, he wanted to open a little food store in Dakar.

Once back in Senegal, Mansour did settle down in Koalack, in the south of Senegal. He was able to take over a friend's store, which he is now monthly paying him back. In two months' time, he should have paid it all back, which will allow him to have more profits. He didn't use the reintegration budget for the payback, but for additional goods. The goods were directly purchased with Caritas Kaolack's members, and several visits were conducted on the field to make sure Mansour did not have any trouble with the launch of his activity. Mansour's store is much better supplied than other stores launched with the same budget, but it's due to the fact that he was able to take over an already existing store.

In May 2015, about 6 months after his return, Mansour's situation is quite stable, he could repay nearly the entire amount for the take-over of the store. However, the store was not in perfect state and he will incur some renovation costs in the future. But for a start, he is coping quite well. He manages to provide for his family, which is a priority need.

During Caritas International's visit to Mansour in 2015, he hadn't a minute for them, because the customers were following one another. He also has the chance not to have too much competition in the neighbourhood, which means that customers are steady and frequent. Despite the difficulties he is currently facing, Mansour doesn't regret the choice he made to return and he hopes to further enhance his living and trading conditions in the future.