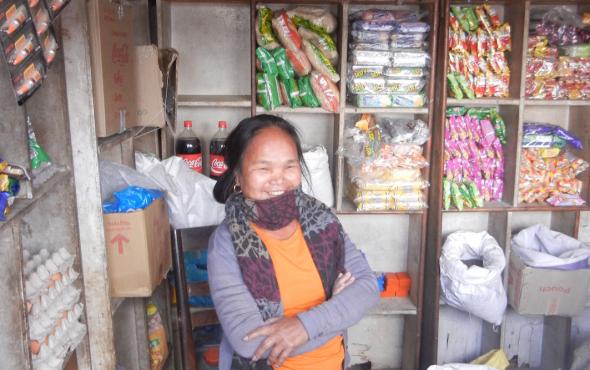 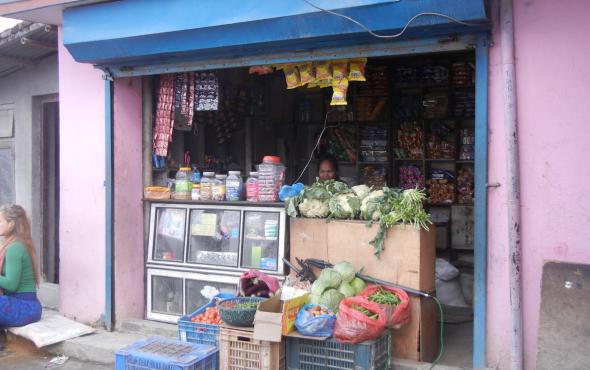 Shirisha returned to Nepal in 2014 after living in Belgium for three years. She returned alone, without a nuclear family, which worried her and has influenced her reintegration process.

Caritas Nepal discussed with her both the difficulties and the options to help her to generate an income. Initially she considered running a store in the touristic region of Bhaktapur. But the costs to rent a store and an accommodation in this region turned out to be very high, so they concluded that to start up a shop in this area would be unsustainable.

Shirisha explained that she had worked in a grocery store before and that this might be a viable alternative. After discussing her situation, it seemed better to take over a small already existing grocery store, including its stock, in the suburb of Bhaktapur. Purchasing this store meant she did not have to buy all items by herself and allowed her to restart within a reasonable time.

Thanks to the reintegration support, she was able to invest in a small grocery store near the main road to the Tribhuyan International airport. After some time, she managed to make an agreement with wholesalers in the area. They now deliver grocery products and vegetables to her store, which means she no longer needs to close her business to go the market herself. This is definitely a step forward, although she still has to work hard to sustain her life as a single woman.

Today, Shirisha’s store attracts a reasonable number of customers who live nearby or who stop to buy some snacks. She is very motivated and hopes to expand her small business in the future – little by little.