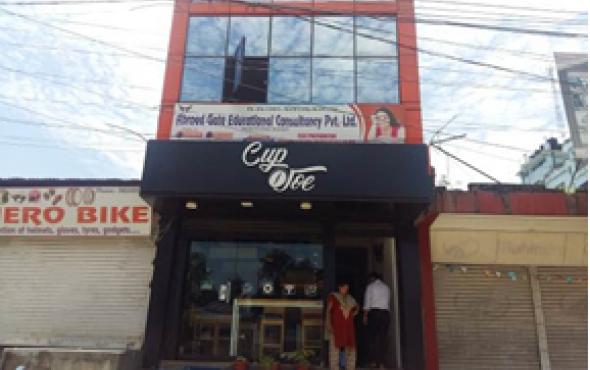 When Mr. Kiran no longer saw future perspectives in Belgium, he returned voluntarily to Nepal with his family. Together with his wife, he founded a study advice centre.

In 2009, Mr. Kiran came with his wife and two kids to Belgium. Political problems made him run away from his country of origin, Nepal. Once here, the family applied for international protection but this application was turned down. Afterwards, Mr. Kiran submitted an application for regularisation on the basis of medical problems he had developed here. However, this application also led to a negative decision. Following this, Mr. Kiran no longer saw his future in Belgium. He did not want to wait any longer for the outcome of the appeal and decided to return voluntarily with his family.

During his stay in Belgium, Mr. Kiran gave voluntarily IT classes to a dozen Nepalese students. In his own country, he was indeed an IT teacher. After his return, he wanted to resume his profession as well as use his knowledge to launch an IT institute.

After their return in 2017, Mr. Kiran sought help from the Caritas local partner in Nepal. The latter referred him to medical assistance and examined the possibilities for a project. Together with his wife and a childhood friend, Mr. Kiran decided to establish a study advice centre. Students can go there to receive information and help in order to study abroad. As a matter of fact, many students from Nepal go abroad. Mr. Kiran was ideally positioned for this project thanks to his knowledge of the education system and his contacts with foreign universities.

The launching of the centre was accompanied by many difficulties such as finding the right spot, the bureaucracy and the necessary authorisations from the government. Most of the reintegration budget went to purchasing material for the centre. The start-up phase was quite difficult because of the competition and the fact that the centre was still unknown. With time however, an increasing number of students found their way to it.

For the children too, the return marked the beginning of a new period: the academic year was starting in Nepal. Adapt to the Nepalese education system was not easy for the children: they barely spoke Nepalese in addition to having grown up in a western context. Nevertheless, they managed to catch up in class.